The Kenwood KM336 Chef Classic review has been a while in production, but we needed to ensure that the stand mixer that has come to define the niche was reviewed properly. The great news is that in the meantime the price at THIS STORE has dropped to less than 50% of the RRP, which is fantastic news for the consumer, so make sure you don’t miss out on that. 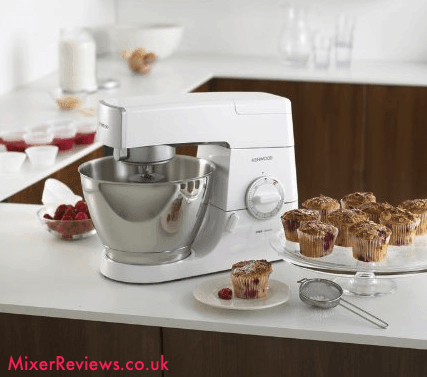 The Kenwood KM336 Chef Classic review is the most popular page on MixerReviews.co.uk 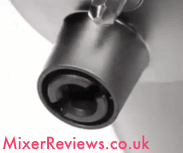 The Kenwood KM336 Chef Classic comes with three mixing attachments, which are solidly fixed to and removed from the mixer easily though a push and twist motion (similar to the way a bayonet light bulb is fitted), which is not at all fiddly.

We were a bit disappointed not to see a flexible beater (creaming beater) attachment come as standard with this machine. Thankfully these are available separately at select stores however they are not cheap (SEE HERE). I can understand why Kenwood have not included it though, firstly the K-beater does a fine job of any tasks you’d set the flexible beater and they need to maintain the ‘premium’ aura of the many models that sit above this one.

The mixing head of the Kenwood KM336 is height adjustable. When the machine is first unpacked it’s worth adjusting the mixing head with an attachment in place until the bottom of the attachment is hovering just above the bottom of the mixing bowl. Without this adjustment mixing results may not be as good an an experienced baker would expect. Adjusting this is not particularly arduous – you’ll need an adjustable spanner and to just follow the instruction manual.

Of course if you can afford the storage space, the great thing about a Kenwood mixer are the power outlets in addition to the bowl outlet that can be fitted with numerous useful attachments. The KM336 comes with two additional outlets, namely:

Also available for the bowl outlet is a frozen dessert maker, potato peeler and puree and sieve. Kenwood have created a highly profitable market for these optional extras, but I say good on ’em for that, by picking and choosing the attachments that you really need, a home chef can greatly increase their versatility and repertoire and turn their mixer into a true ‘kitchen machine’.

The 4.6L polished stainless steel bowl should be more than adequate for large cake mixtures (Kenwood recommend up to 2.72kg). There’s a removable splash guard which features a short chute topped with a flap (see image), which does a better job than those splash guards with a simple hole and thankfully the flap props open so you can still use two hands to pour ingredients in. 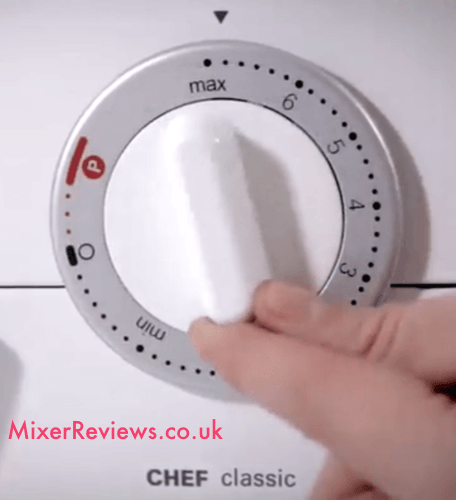 The speed controls are self explanatory, but very fine adjustment is possible and the pulse mode is very useful for those moments when we need to be a bit more careful and precise.

Unscrew your machine (not recommended) and there’s an 800 watt motor, which is plenty powerful for sticky mixtures right up to the recommended limits Kenwood give in their instruction manual and I’d feel comfortable using it past these limits.

Removing the mixing attachments is as easy as it gets (push and half twist) and thanks to the circular plastic fitting above each one it gives you something to grab that isn’t the sticky attachment head and also somewhat protects the rotating head of the machine from splashes for ease of cleaning.

Thankfully all of the mixing attachments and mixing bowl are dishwasher-safe, but with their non-stick K-Lene coating it’s a doddle to wash/rinse them in the sink anyway.

Compared to other Kenwood mixers the KM336 Chef Classic is actually quite noisy, although the models we’re comparing that to are more expensive. Presumably this extra noise is because this is one of their older models (2007, but with Kenwood there’s no need to be put off by that) and therefore the technology is not quite as quiet. Mind you, the level of noise is still not offensive and better than rivals such as the Andrew James 5.2 mixer.

Probably thanks to it’s mainly plastic body the Kenwood KM336 is about as light as stand mixers get, at a smidgen under 6.5kg. Therefore it isn’t too much of an effort to lift in and out of cupboards, if that’s where you choose to keep it when not in use.

It has a small 39cm by 23.5cm footprint and has a height of 29cm, so isn’t too monstrous should you wish to keep it permanently on the worktop, nor will it take up more storage room than necessary for a stand mixer. 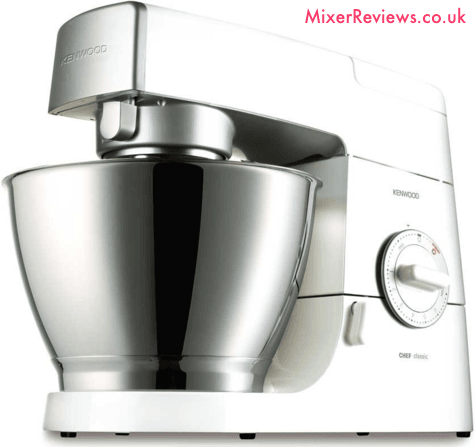 The body of the Kenwood KM336 is mainly gloss-white

Design is always a subjective criterion, but in my personal opinion the gloss-white finish of the plastic panels makes the KM336 look a bit dated. I prefer the modern-shaped Kenwood mixers in silver, while white is better suited to the more traditionally-shaped metal-cased food mixers. That being said, it is still a good-looking machine that would be fit to live on most worktops.

Kenwood are known for building mixers that last. We’ve had many people inform us that they’ve had their trusty Kenwood’s for 30+ years and we know that they’re frequently passed between generations.

With this in mind it’s disappointing that Kenwood don’t offer anything more than a 1-year warranty with the KM336; maybe they feel that they don’t need to?

Bar one or two more expensive models, this is our favourite mixer. This is for two reasons:

As long as you’re careful not to overpay, you will not be disappointed with this mixer.